Sarova Hotels is a group of independent hotels located throughout London and the south of the UK.

From Edwardian architecture to a reinvented coaching Inn, each sophisticated and individual hotel embodies traditional England in their own unique way.

The choice for the independent business and leisure traveller.

With its eye-catching grandeur and its desirably central location, this four-star hotel is ideal for the likes of savvy businessmen, or trendy travellers visiting London.

The historic Rembrandt hotel was first built in 1911. It was one of the first steel and concrete structures in the UK, with the timeless beauty of classic Edwardian architecture.

Not surprisingly, this lavishly designed structure was originally built as leisure apartments for Harrods.

Initiating the lead on contemporary customer service, The Rembrandt is enhancing the guest experience to a whole new level with their technology.

Each sophisticated room has available Handy, a sleek smartphone to empower you for a memorable stay.

Perfect for travelling out and about around London, you’ll get unlimited 4G data. With access to Google Maps, Facebook, WhatsApp, Uber, London Tube, travel updates and amazingly a London travel guide. For new visitors to London, the City Guide will give you information and recommendations about the sights you see and where to go. There’re even free calls to selected countries!

And the best part? It’s completely free! You just need to make sure you return the phone to the dock in your room before you leave.

The Rembrandt is situated in Knightsbridge, right in the centre of London. Ideal for businessmen or tourists.

With many interesting and fun things to do, the Rembrandt is in the ideal location for visitors looking to explore the local attractions.

Take in the British sights with a choice of Victoria and Albert Museum located just opposite.  5 minutes away is the Natural History Museum and the Science Museum. And for those who want to go shopping, Harrods and London’s best designer shops are close by.

After a long day in the city, you can unwind and relax in the Aquilla Health and Fitness. Located right next door, guests of the Rembrandt can use the facilities at a discounted price. Enjoy the beautiful indoor swimming pool, sauna, steam bath, gym exercise classes, and a spa. A rare treat for a hotel in central London!

The choice for hikers and English countryside explorers.

Abbey Hotel set amongst the traditional English countryside is the epitome of character and charm.

The Abbey Hotel has a rich and exciting history. In place before the Abbey Hotel was a three-story stone building called Abbey House which became a lodging house by 1700. In 1842 William Archer demolished the old house and built in its place the present Abbey Hotel. Over the years Abbey Hotel was extended, offering additional rooms. Now you see it as the grand and alluring Abbey Hotel.

This 4-star hotel sits at the foot of the spectacular Malvern Hills in Worcestershire. Making The Abbey a favourite destination for exploring and hiking across some of the most scenic walks in Britain. And with dog-friendly rooms available on the bottom floor, this hotel is a walker’s paradise that the entire family can enjoy!

For the full Malvern exploring experience, a 90-minute guided tour is available between April and September. Led by the experienced and knowledgeable Malvern Civic Society guides, where the full history and culture of Malvern can be learned.

After a day of fresh air and beauty, how about an evening of murder and mystery?

You couldn’t get a more perfect setting. With a grand and imposing entrance, crawling with gorgeous Virginia Creeper on the façade of the building, The Abbey is the perfect setting for a unique and wonderful night. – The Murder Mystery Nights!

Make your stay memorable and exciting with this fun activity. With many mystery murder stories to choose from, you’ll find the perfect theme to excite you. From themes such as “Dreams”, where the dress code is vampires and ghosts, or throw on your Christmas party wear in “Mr. Carrolls Christmas”.

Included in the experience are the overnight stay, a 3-course dinner with tea and coffee and a full English breakfast.

The choice for a British family getaway

For over 300 years The Bull has been giving a warm welcome to all their guests. Beginning life in 1688 as a coaching inn, the Bull has a long history of tales highwaymen and famous stagecoaches. The bull is situated along the A40 between Oxford and London and was considered one of the old great coaching roads.

There’s so much to see and do around Buckinghamshire. And with The Bulls central location, it’s the perfect spot for the whole family to use as a base. Within a 30-minute drive from The Bull, you can take the kids to Legoland or see Harry Potter at Warner Bros Studio Tour London. Swing on the high ropes and zip lines with Go Ape Black Park, horse riding or cycling at Colne Valley Regional Park or visit the rare and exotic birds at Waddesdon Manor. Close by there’s Wembley Stadium, Winsor Castle, Henley- Upon- Thames and Kew Gardens with historic houses and gardens

Look out for occasional special offer entries to these attractions through The Bull Hotel.

You know you’ll eat well at the award-winning Beeches Restaurant. The chef is passionate about fresh, seasonal produce, sourcing ingredients from Buckinghamshire farms and picking herbs from the garden.

Have the family enjoy a traditional Sunday carvery roast, with entertainment. Join the Nigel Fox Trio and listen to their live jazz music as you eat. Putting a fresh new spin on the traditional British Sunday roast. The best part, children under four eat for free and discount prices on children under 12.

Or if a traditional British pub style meal is more to your fancy, you won’t want to miss the Jack

Shrimpton Bar. Named after a legendary 17th-century highwayman. Dine next to the roaring fire and original carved wooden bar and ceiling beams. And order a British classic posh fish and chips.

The choice hotel for a whimsical English romance

Situated in the ancient town of Royal Windsor, Sir Christopher Wren captures the essence of a timeless English romance. With its unique spot as the only hotel located on the river, it’s the perfect choice for a whimsical break for two.

Sir Christopher Wren has a long and rich history. Named after an incredible architect from the 17th century who was renowned for work on St Paul’s Cathedral, the Royal Observatory and over 50 beautiful churches. Sir Christopher Wren came from Windsor, where his father was Dean of Windsor from 1635 to 1658.

In the 18th century, the Cheshire family owned the Main House of the Sir Christopher Wren Hotel.

It later belonged to Mr. More, a local barge master and coal merchant to the King. More opened a gateway to a wharf by the river and erected stables for his many horses needed to tow the barges.

In 1918 the house fell empty, this could have been due to rumours of a ghost in the late as ‘Sir Christopher Wren’s bedroom’, which the house became known as the haunted house.

In 1920 it first became a hotel called the Riverholme Restaurant and Guest House. There were various owners after this, including a historic moment in 1950, where the Wren house was registered as a Grade II listed building of historic and architectural interest.

Finally, the hotel landed in the hands of Sarova Hotels in 2011.

Sarova Hotels has brought The Christopher Wren into the 21st century while persevering the historic features of architect Sir Christopher Wren, where his legacy lives on today.

As such an important part of Windsor’s landmarks and destinations, Sir Christopher Wren has rightfully secured a place on the Royal Windsor Monopoly board. Located on the river Thames next to the famous Eaton bridge in the picturesque cobbled street, this destination is the perfect picture of quintessential England.

Marked as a royal hub for thousands of years, Windsor is home to the world’s oldest and largest occupied castle in the world. Making this a wonderful destination full of a rich history and worthwhile sightseeing. A visit to see Windsor Castle is a must!

Windsor’s famous attractions are perfect for couples for a splendid day. Catch a production in the famous Theatre Royal Windsor, or hop on a boat for a cruise down the River Thames. You can even have a romantic horseback ride through Windsor Great Park- once the private hunting ground of Windsor Castle in the mid-13th century.

Finish the day and head to The Brasserie at Sir Christopher Wren. Feast upon a traditional English afternoon tea by a roaring fire in the Drawing Room or in the sunny Brasserie. And if you’re lucky enough to catch a warm day, seat out on the terrace watching boats and elegant swans sail down the river.

Whether you fancy a classic fireplace, a private balcony, or a spectacular view of Windsor Castle, the bedrooms at Sir Christopher Wren will set the scene for a romantic escape.

For an old England experience pick the 17th century Heritage House, still with its original wooden beams and floorboards. Or if some royalty takes your fancy, select a room with views of Windsor castle or over the Thames.

A relaxing romantic retreat wouldn’t be so without the spa.

Whether you have a luxurious treatment or to soak in the outdoor jacuzzi, The Wren’s club has it all. Relax by experiencing the sauna, outdoor whirlpool, relaxation area with comfortable lounge chairs and candles in the spa suite. Or head to the state-of-the-art gym and fitness studio, which extends over three floors.

Know someone who would want a quintessentially English experience?

From relaxing spa days in London to a delicious Afternoon Tea by the Thames in Royal Windsor, there’s something to suit everyone.

With Christmas around the corner, we couldn’t think of a better gift! 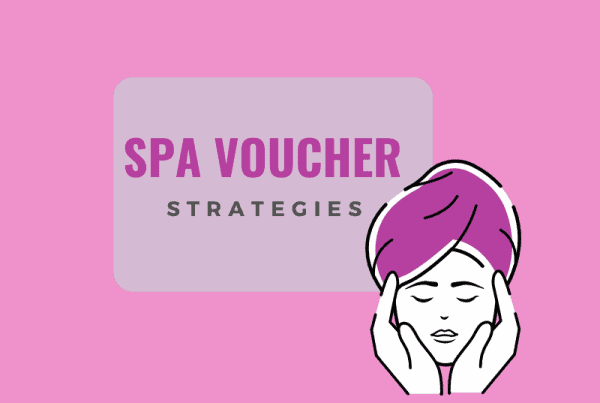 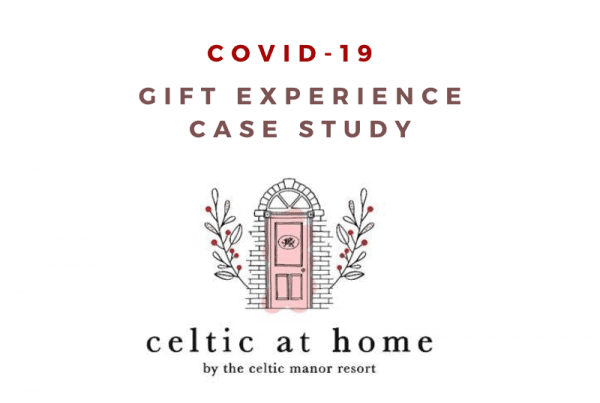 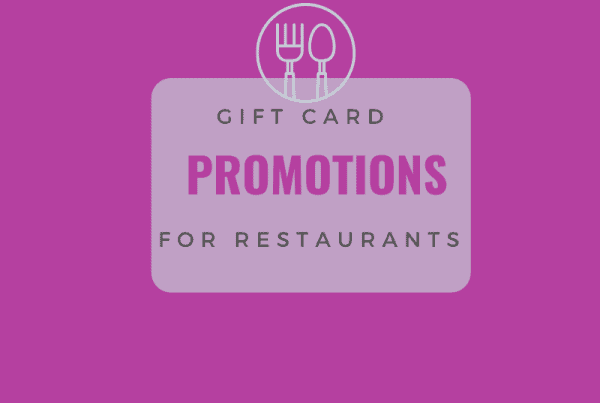